The Arunta Project area is east of the Stuart Highway between Alice Springs and Tennant Creek near the township of Barrow Creek. The project land holding totals 593km2.

There are two key known prospects at Barrow Creek. These are the Home of Bullion mine and Prospect D. There are also other prospects within this project. In 2022, Eastern Metals acquired an additional 155 blocks across six Exploration Licences, including the Neutral Junction Project, to expand the Arunta Project.

Eastern Metals’ strategy is to conduct resource expansion drilling on the Home of Bullion mine where the existing resource remains open along strike and dip. In addition, several potential VMS and other targets exist along trend, principally to the west and northwest of the deposit. This copper trend continues from our existing tenure into the Home of Bullion-Donkey Creek tenement package acquired in 2022 from Bowgan, which includes the Mulbangas copper prospect. 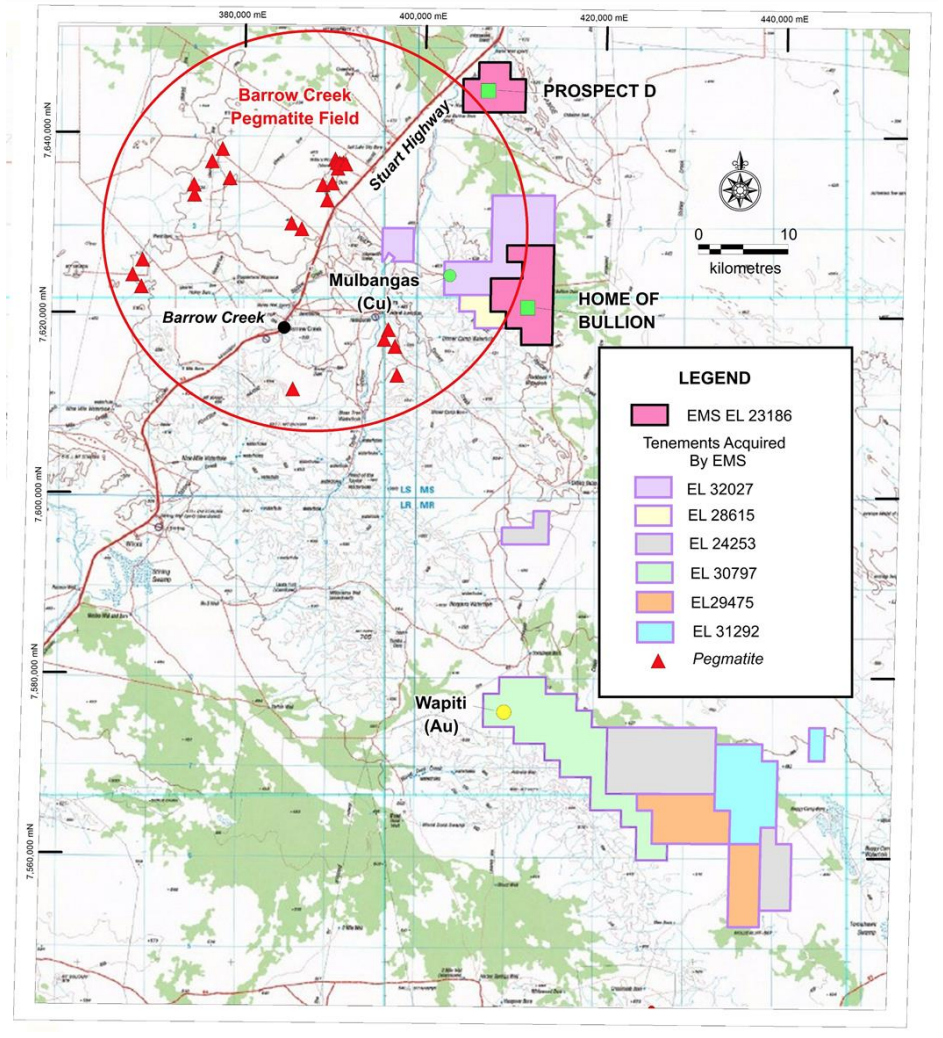 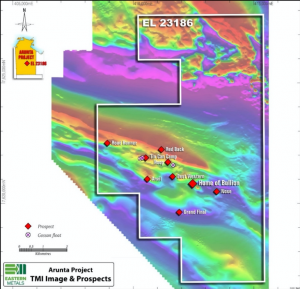 Base and precious metal prospects near Home of Bullion.

The Home of Bullion mine is a high-grade volcanogenic massive sulphide (VMS) style deposit developed in two main lodes. The Cu-Pb-Zn deposit includes:

In addition to these two lodes, there is a series of prospects and anomalies along west north-westerly trending zones that can be recognised in the aeromagnetics and geochemical sampling data. 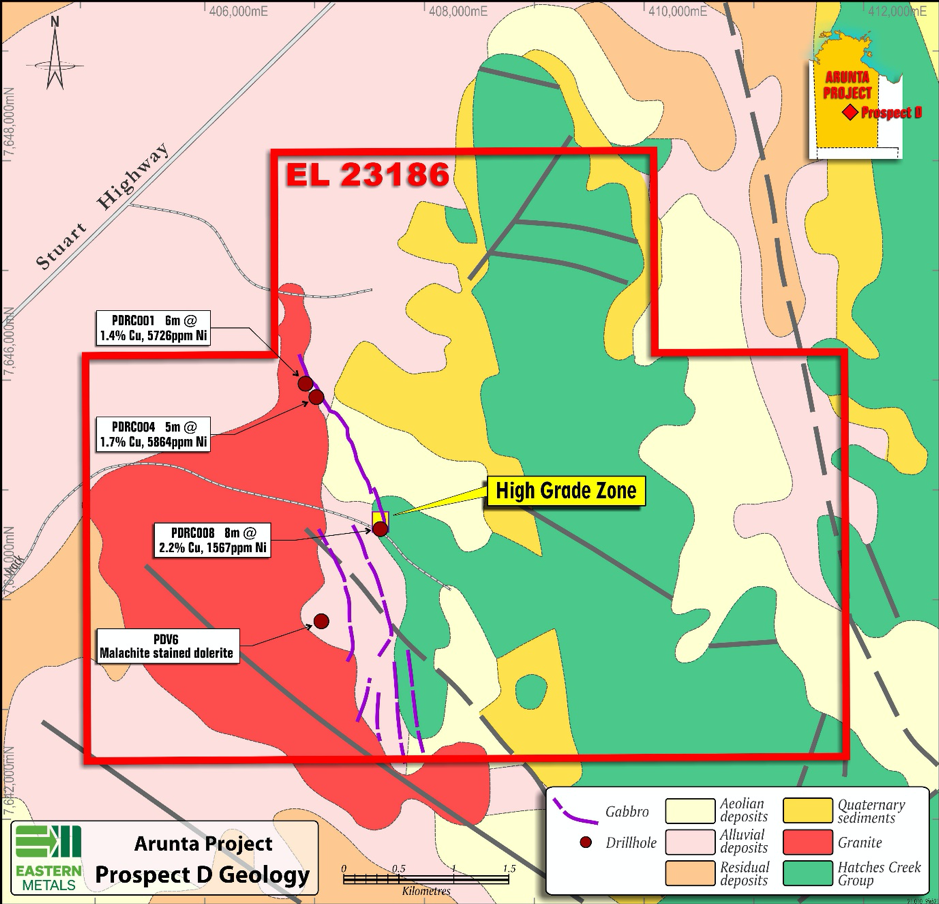 Neutral Junction comprises two distinct tenement areas all located within the Northern Arunta Pegmatite Province. These are the northern Home of Bullion – Donkey Creek areas and the southern Adnera area. The tenement package is prospective for base metals, lithium, rare earth elements and gold, including a highly prospective copper trend adjacent to our Home of Bullion copper mine.

Eastern Metals executed an Asset Sale Agreement with Bowgan Minerals Limited in May 2022 to acquire the Neutral Junction Project. The acquisition included 100% interest in five tenements, with a legal ~75% joint venture interest in a sixth tenement held by Mithril Resources (ASX: MTH) along with management control. The Agreement covers 155 blocks across six Exploration Licences covering 504km2.

The acquisition significantly enhances the Company’s Arunta Project, dramatically increasing the scope to discover additional copper and gold resources along trend from the Home of Bullion Mine. From earlier exploration, the new area is known to have an anomalous copper trend from Home of Bullion to the Mulbangas copper prospect.

Pegmatite dykes have been mapped widely in the Arunta Complex and may occur in the Barrow Creek tenement. These pegmatites, which are related to granites, have potential for the discovery of lithium mineralisation associated with spodumene and other mineral species. No sampling and assaying nor any drilling activities have been carried out in the past for lithium.